Anne Munch is an attorney with twenty-seven years of experience as a career prosecutor and advocate for victims of domestic violence, sexual assault and stalking.  As a subject matter expert for the United States Air Force, the United States Army and the United States Navy, Anne has worked extensively on the development of the Sexual Assault Prevention and Response programs in the military.
​
Anne Munch’s enthusiasm and passion for her work have been described as “contagious.”  She understands the complexity of crimes involving violence against women and the inherent challenges faced by victims. She is dedicated to improving our response to crimes of domestic violence, sexual assault and stalking.

Dr. Kimberly Dickman, Sexual Assault Prevention and Response Analyst, United States Air Force Academy
​
Dr. Kimberly Dickman has worked in the Sexual Assault Prevention and Response program for the Air Force for 9 years at the base level, at the Pentagon and now at the Air Force Academy. Her background in education, mental health counseling and human sexuality guides her role in both prevention of and response to sexual violence. She defiantly refuses to believe that sexual violence is inevitable and with our collective powers, she knows that it is preventable. To not believe this, to be dulled by the statistics, to be defeated by apathy would mean sacrificing our sons and daughters, our sisters and brothers which she is not willing to do. Dr. Dickman’s engaging presentations absorbs audiences and has transformed thinking.
2-Part Workshop Presenters
​
The Campus Men’s Action Network: Engaging Men to Prevent Gender Violence – Dr. Curt Brungardt, Jana’s Campaign, Inc.
​
Elemental: An Evidence-Based Sexual Assault Protection Program – Dr. Mellisa Holtzman, Professor of Sociology, Ball State University
​
Clery Compliance: How Your Institution Can Avoid the Most Common Clery Fines – Husch Blackwell 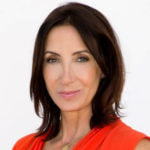 Sheri Poe—a true pioneer in the worlds of business, cause marketing and advocacy for violence against women—recently relaunched her groundbreaking speaking tour she began 30 years ago. She wants to share her message by telling her personal story of triumph and overcoming adversity, so she can inspire others to live lives of balance, joy, fulfillment, integrity, self-care and sanity.

In her 30’s, as an early pioneer in the women’s fitness movement, Sheri built a multimillion dollar footwear brand, Ryka, becoming one of the first female CEOs of a publicly-held company. 30 years later, Ryka remains the #1 best-seller in its category on QVC.

At the height of her early success with Ryka, Ms. Poe became a pioneer in cause marketing and giving back to the consumer by establishing the Ryka R.O.S.E. foundation as a platform to share her story as a survivor of rape and sexual assault to help other victims.
​
Sheri has inspired audiences in person, on TV and in the press by sharing her own, very personal story of triumph and overcoming adversity. She is a survivor of rape, violence against women and is a survivor of chronic illness, stress, and pain.

Featured speaker, Patty Crawford, former Title IX Coordinator for Baylor University, will talk about her experiences with the school's sexual assault scandal. During her time at Baylor, Crawford worked with hundreds of sexual assault and intimate partner violence victims and survivors. Although she improved Baylor's Title IX policies and procedures, she ultimately filed an official complaint with the Office for Civil Rights and resigned her position. The presentation will focus on her experiences with the hope of helping other institutions with their responses to gender and relationship violence.

Patty Crawford became the university's first full-time Title IX Coordinator when she joined Baylor in November 2014. Frustrated with the lack of institutional support, Crawford resigned two years later. Crawford is dedicated to ending corrupt practices and continues to assist institutions and organizations across the country with Title IX compliance and violence prevention.

Rus Ervin Funk is a consultant specializing in working with organizations and communities to promote healthy masculinities; equity, diversity and justice; and violence prevention. Rus is a long-time activist and community organizer focusing on anti-racism, and gender justice.
​
Among his organizing efforts, he is co-founder of DC Men Against Rape (now Men Can Stop Rape, Inc.), MensWork: eliminating violence against women, inc., the Own It Initiative (a project of the Center for Women and Families), the Ohio Men’s Action Network, White Folks Against Racism, among others

Rus was a part of the team that authored the original Violence Against Women Act, focusing his efforts primarily on the Safe Campus for Women Section and the Equal Rights for Women section (which was eventually found unconstitutional by the US Supreme Court).   in 1989, Rus  wrote the first book by a man for men about stopping rape, ("Stopping Rape: a Challenge for Men").   Rus is the co-founder of the North American MenEngage Network, and currently serves as the Newsletter Editor and Liaison (representing the US and Canada) to the Global MenEngage Board.  Rus Also is co-chair for Male Engagement with World Without Exploitation (an international coalition working to combat all forms of trafficking and sexual exploitation) and is secretary of the board with the National Center on Sexual And Domestic Violence.
The MCSS 2018 Program is available for download.
2019 Speakers and program information
<
>
The summit program is available here.
2020 Speakers and program information
<
>
For speaker information, please click here.
For program information, please click here.
2021 Speakers and program information
<
>
Dr. Jennifer Hirsch & Dr. Shamus Khan are the authors of Sexual Citizens: A Landmark Study of Sex, Power, and Assault on Campus. Sexual Citizens transforms how we understand and address the most misunderstood problem on college campuses: widespread sexual assault. Through intimate portraits of life and sex among today’s college students, Dr. Hirsch and Dr. Khan show us sexual assault as a public health crisis.

Dr. Jennifer Hirsch is a professor of socio-medical sciences at Columbia University, and her research spans five intertwined domains: the anthropology of love; gender, sexuality and migration; sexual reproductive & HIV risk practices; Social Science research on sexual assault, and the intersection between anthropology and public health. She was recently named ‘Heroes in the Fight Against Gender-Based Violence’ of New York City.

Dr. Shamus Khan is a professor of sociology and American studies at Princeton University and the author of dozens of books and articles on inequality, American Culture, gender, and elites. His work has appeared in the New Yorker, The New York Times, The Washington Post, CNN, and many other media outlets.
​
For more information about the book, and the authors visit www.sexualcitizens.com
The 2021 Midwest Campus Safety Summit program is available for download here.
For a list of the summit presentations, please click here.